The Ministry of Fisheries and the Blue Economy (MFBE) and the Seychelles Fishing Authority (SFA), met with all relevant stakeholders on Tuesday morning, to discuss proposals made by the SFA Board with regards to the Sea Cucumber fishery.

The meeting was attended by the Minister responsible for Fisheries, Mr. Jean-Francois Ferrari, and Principal Secretary for Fisheries, Mr Roy Clarrisse, Chairman of the SFA Board, Mr Radley Weber, the CEO of SFA, Mr Nichol Elisabeth, SFA Executives, fishermen and boat owners in the sea cucumber fishery and the media. 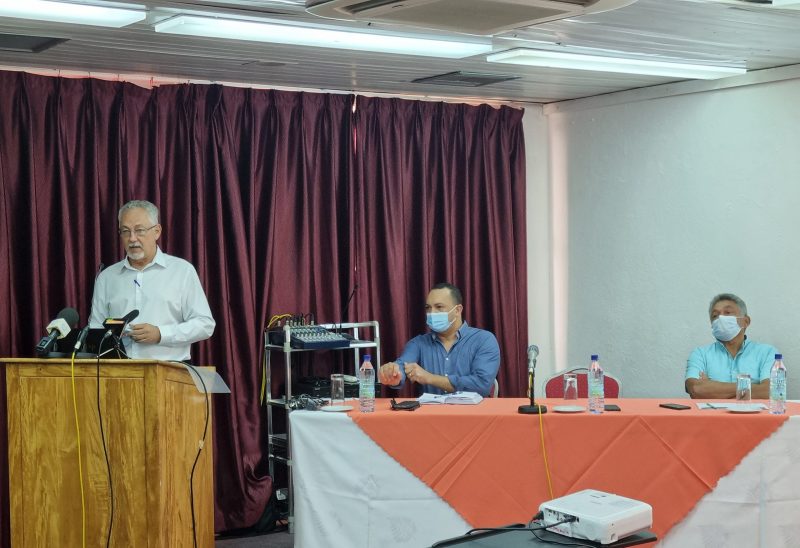 During the meeting, Mr. Elisabeth announced that the 202/2022 sea cucumber fishery season will open as planned and stock assessment of the three main sea cucumber species (flower teat fish, prickly redfish and white teat fish), will be conducted alongside the fishery.

Statistics collected by the SFA research team over the past 4 years, indicates that 21% of the TAC have been unused over the past 4 years which means that in general, the fishery has not met its quota. As a result, SFA is proposing to reduce the sea cucumber fishery TAC by 15%.

Therefore, according to the proposal made by SFA, the TAC will be 318, 750 which means the 25 operating vessels will have a fishing quota of 12, 750 pieces. Based on scientific evidence, SFA has made this proposition considering the fact that the quota for the fishery has not been met over the past 4 years, therefore the 15% reduction in TAC is a precautionary approach to the sustainable management of this species.

Moreover, SFA has realised that there are underperforming vessels that has not met their quota in the past 4 years. SFA is proposing to remove the two least performing vessels from the fishery, and launching an expression of interest for those interested, reserving one license for Praslin/La Digue fishers.

The presentations were followed by a Q&A session whereby the fishers and boat owners had the opportunity to voice out their concerns and queries.

SFA will take into considering the various points that were made in the meeting to review the proposals, before a final decision is made.

The points discussed in the meeting can be found HERE! 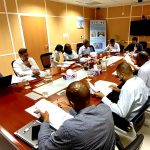 Bilateral meetings on co-management of the Mascarene Plateau continue in Seychelles
May 11, 2022Byadmin 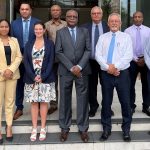 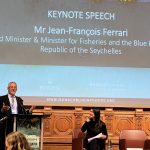 The 13th Edition of the Monaco Blue Initiative
March 24, 2022Byadmin 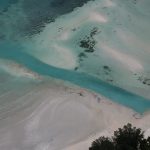